After being founded in 2017, 123movies.la grew to become one of the most popular pirate streaming sites online. But along with tens of millions of monthly visitors, its profile also drew unwanted attention. The site’s domain is now in the hands of the Alliance For Creativity and Entertainment after its operator reached an agreement with ACE and agreed to close down.

The brand ‘123movies’ and variants thereof have been associated with many pirate streaming platforms over the years, some more successful than others.

As far back as 2016, 123Movies.to was being watched by Hollywood and in the same year was reported to the USTR for being a notorious pirate market. In 2018, the site was branded the largest pirate streaming site in the world before being shut down as part of a criminal investigation.

With many other sites using the 123Movies branding, however, a replacement is never far away.

In September 2020, TorrentFreak learned that the MPA had requested a DMCA subpoena requiring Cloudflare to hand over the personal and account details relating to the operators of a number of sites including The Pirate Bay, YTS, 1337x, and EZTV.

Within that list was a request to learn more about the people behind 123Movies.la, yet another pirate streaming site with tens of millions of visitors per month. It’s unknown whether that process directly led to any useful information but it is now clear that by some means, ACE eventually managed to identify the operator of 123Movies.la.

Today, visitors to 123Movies.la are no longer presented with masses of free movies. Instead, they are presented with the familiar Alliance For Creativity ‘seizure’ banner which performs a countdown before redirecting to the ACE portal. 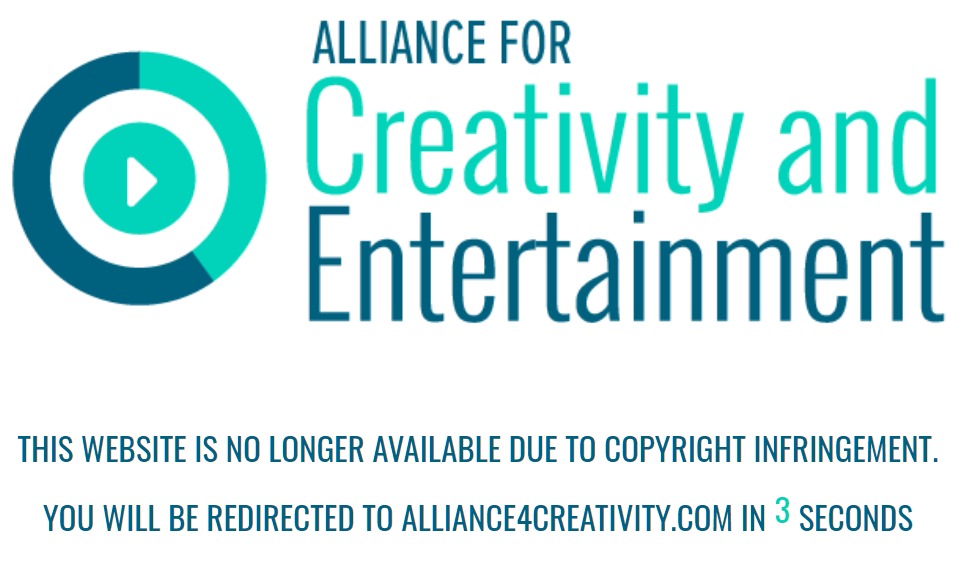 Whois details show that that the domain registrant is now MarkMonitor Inc, the company used by the MPA to administer its domains, and now utilizes the DNS servers located at Films.org, a domain owned and operated by the MPA. The Alliance For Creativity and Entertainment is also confirming the ‘seizure’.

“From its debut in late 2017, 123movies.la received an average of nearly 30 million monthly visits, making the site one of the most popular pirate services globally,” a statement from the global anti-piracy group reads.

“Further to cease-and-desist communication and a settlement with the operator, the popular streaming website has shut down and the domain has been transferred to ACE. Visitors of the domain are now redirected to legal offer platforms.”

Jan van Voorn, Executive Vice President and Chief of Global Content Protection for the Motion Picture Association, says the shutdown of 123Movies.la is a testament to the relentless work of the global ACE team.

“This action encapsulates ACE’s mission and is a strong example of how we fight to protect the creative marketplace in every corner of the globe,” he adds.

According to ACE, the shutdown of the site represents its first-ever action in Tunisia.

The Fight Against 123Movies-Branded Sites Continues

The closure of 123Movies.la is clearly an important step for the MPA and ACE but stamping out every site carrying that branding will take considerably longer.

Earlier this year the major Hollywood studios of the MPA obtained a new site-blocking injunction at the High Court in London compelling local ISPs to block several web-based streaming sites using the ‘123movies’ branding. At least two of those domains appeared in an earlier DMCA subpoena application against Cloudflare.

In October 2020, the official website of former President Trump’s Mar-a-Lago resort surprised visitors by listing a link to yet another 123Movies-branded site. The ‘error’ was subsequently corrected.